Among all the articles that have been churned about Google’s purchase of Motorola Mobility and its 17,000 patents, you may have missed this intriguing bit of info. Everyone knows by now that Marty Cooper invented the mobile phone in 1973 (and if you didn’t, well now you know) – but who owned that patent? Motorola.

And who now owns the Motorola mobile patents? Yep, none other than Larry and Sergey.

And digging through Google’s own “Google Patents” service, which allows you to search the database of the U.S. Patent and Trademark Office, you can see the records for patent number 3906166 filed on October 17, 1973 and issued on September 1, 1975 for an invention called the “Radio Telephone System.” Which is of course the basis for the entire mobile phone industry, including the Apple iPhone.

The rough drawings in the patent application will make sense to any telco engineer – although today’s networks have gone digital the network diagrams are still essentially the basis for today’s cellular networks. 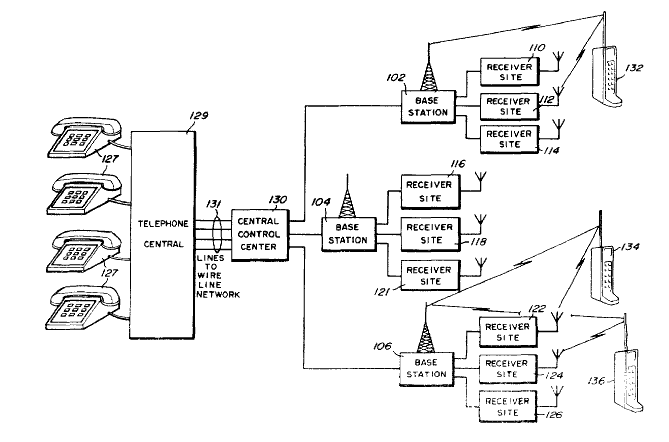 Google claims to have bought Motorola Mobility “to defend Android”, but there’s no telling when a moment of nastiness may befall the folks at Mountain View and they decide to launch their own offensive in this insane patent war now going on.

And the secret weapon may be one of the many gems hidden in the Motorola Mobility patent treasure trove.

Such as the patent for Marty Cooper’s revolutionary invention.

One thought on “Does Google Own The Patent for the Cellphone?”